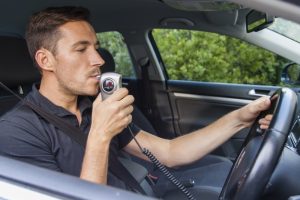 In an effort to reduce alcohol-related auto accidents on Europe’s roads, the European Committee of the Regions — an advisory body made up of local and regional politicians there to advise policy making — is urging the European Union to utilize car breathalyzer “alcolocks”, according to U.K. paper the Independent.

“Alcolocks” prevent drivers from being able to start their car when drunk. They do this by testing the driver’s breath and only allowing the vehicle to start if no alcohol is detected. This technology is already used in the United States as a penalty. “Alcolocks” are used when drivers are convicted of operating their vehicle while intoxicated multiple times.

However, up to a quarter of all road deaths on the continent are linked to drunk driving. The European Committee of the Regions suggestion to implement the “alcolocks” is an attempt “to bring down the number of deaths on Europe’s roads”. Transport safety experts agree the technology has a significant impact on the reduction of road deaths. Across the European Union, about 7,000 road deaths can be attributed to alcohol each year.

The push for the roll out of car breathalyzers is just one of the European Committee of the Regions’ recommendations. The goal is to establish some sort of alcohol strategy to decrease abuse on the continent. Other recommendations include improved labeling, binge-drinking education, and especially an increased effort to protect children. Their strategy is backed by other advisory councils including:

Rather than being used as a sanction, the car breathalyzers will be used in public transportation, school buses, and commercial trucks. Some European Union countries, like Finland, already require the device to be installed in school buses. Austria and Ireland are also considering using this mechanism as a form of discipline for motorists repeatedly caught driving intoxicated.

The European Union will further discuss the implementation of “alcolocks” at a conference held in Malta on March 28th.

If you or someone you love is injured in an accident involving a drunk driver, you need an experienced car accident attorney. If you need help recovering losses from serious injuries acquired from a drunk driving accident that occurred in the State of Kentucky or in Southern Indiana, contact the car accident lawyers at Cooper and Friedman by calling (502) 459-7555.