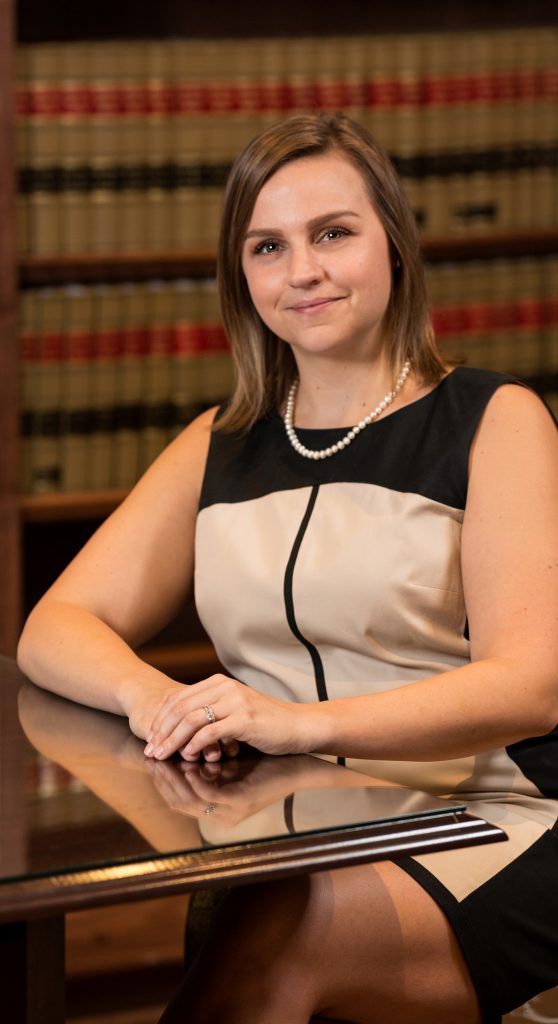 Ashley began working for Cooper & Friedman as a law clerk in 2013 during her first summer in law school. Thus, from the very beginning of her legal career she has always represented people, never corporations. She is admitted to practice in the Commonwealth of Kentucky and in federal court, in both the Eastern and Western Districts of Kentucky. Her practice focuses on helping those who have been injured in work accidents, car wrecks, slip and falls, and civil rights violations, including jail misconduct and police brutality. She has tried several cases to jury verdict and has settled hundreds of cases for injured Kentuckians.

Aside from practicing law, Ashley is an active member of several legal organizations committed to protecting the civil justice system, including the American Association for Justice (AAJ) and the Kentucky Justice Association (KJA). Currently, she serves on the board for the Women’s Law Caucus, an organization within the KJA.

When Ashley is not in the office, she enjoys spending time with her husband John, who is also a trial attorney, their rambunctious son, and two rescue dogs. When she is not chasing around her toddler, she likes to exercise with her local mom’s fitness, Group Fit4Mom, cooking with her husband, and cheering on her beloved Iowa Hawkeyes. She also likes to cheer for her adopted second favorite sports team, the Cincinnati Bearcats.

As a mom, wife, daughter, and sister, Ashley is in a unique position to represent injured people and their families in a meaningful way. She understands the hardship that comes with being the victim of someone else’s actions and she is committed to serving her clients and providing them with the highest level of care and compassion during their toughest times.