Undergoing psychiatric treatment can be complicated, emotional and 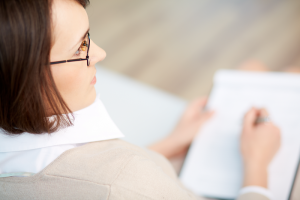 stressful for the patient, and sometimes even for the doctor. Grappling with mixed emotions during this experience can make everyone in the situation feel overwhelmed at times. While it’s up to the licensed doctor to help manage these feelings, sometimes the lines can get blurry.

Psychiatric treatment may even require the physician to push the patient close to the edge in order to reveal true feelings or to face fears. This interpersonal relationship is presumably formed with one goal in mind: helping the patient. But there are times when things go wrong. And in certain instances, this is when psychiatric malpractice occurs.

Research published in the New England Journal of Medicine in 2011 by Dr. Anupam B. Jena and colleagues estimates that approximately 2.6% of physicians in psychiatry faced a malpractice claim in a given year. This is lower than the overall physician average of 7.4%.

Psychiatric malpractice can be difficult to determine. The physician could simply be underperforming, or they really could have committed a serious and intentional crime. Fortunately, an experienced psychiatric malpractice attorney uses multiple ways to evaluate the situation. In order to file a malpractice lawsuit, a patient usually has to establish four elements:

These are just a few examples of some of the more common issues that arise in psychiatric malpractice cases. Cases are not limited or confined to these examples.

If you suspect psychiatric malpractice is occurring to yourself, or a loved one, it is important to seek professional advice from a personal injury law firm like Cooper and Friedman.