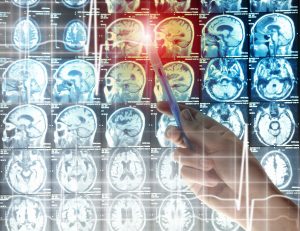 A traumatic brain injury, commonly referred to as a TBI, is often sustained when a person receives a bump or blow to the head that ends up disrupting the brain’s normal function. Not all injuries to the head result in TBI, but traumatic brain injuries are a problem in the United States. In 2010 alone, the Centers for Disease Control and Prevention (CDC) reported 2.5 million TBI occurred as incidents on their own or in cases where victims sustained other injuries as well.

While specific changes in personality and brain function occur in both mild and severe cases of TBI, there are also stark differences in the way mild traumatic brain injuries and their more severe counterparts manifest in a person. Below, we’ve outlined differentiation between mild and severe TBIs to raise awareness and assist people in identifying signs and symptoms. This is so they can get further medical attention and possibly prevent a lifetime of disability or even death.

When traumatic brain injuries are diagnosed as “mild,” the symptoms that one may exhibit are temporary or brief in occurrence. A mild TBI is diagnosed when a person loses consciousness or exhibits the changes above for 30 minutes or less.

When a person suffers a mild TBI, CAT scans and MRIs often come back without signs of any abnormalities. Common symptoms of a mild TBI such as, mood swings, headaches, dizziness, depression, and trouble concentrating, are overlooked by doctors. Other times, these symptoms are delayed for days, or even weeks, after the initial injury occurs.

Mild TBIs can leave 15% of victims suffering from these symptoms for a year or longer despite appearing normal.

Often victim’s friends and family notice the minute behavioral changes that accompany mild traumatic brain injuries before the victim themselves. In cases where the person who suffered the initial injury realized that they were exhibiting symptoms of a mild TBI, the realization was often made after frustration with daily work flow or trouble performing basic household tasks.

Cognitive deficits are much more noticeable as a result of moderate to severe TBI. Difficulty concentrating or paying attention, being easily distracted, trouble processing thoughts or conversation, growing impulsivity, and more are all signs of a traumatic brain injury that is more than just mild. Due to the nature of moderate to severe TBIs, symptoms are more identifiable because they span a larger spectrum. When someone suffers a moderate or severe traumatic brain injury, their speech, senses, perceptions, and social-emotional functions can be affected.

One of the biggest differences between a mild TBI and moderate to severe traumatic brain injury is that with the latter, seizures are a standout symptom. If someone who has recently suffered a blow to the head starts to exhibit seizures then it is most likely due to a moderate to severe traumatic brain injury and they should seek medical attention immediately.

Getting Compensation for a Traumatic Brain Injury

Moderate to severe traumatic brain injuries can often be diagnosed at home. The symptoms are more often obvious than not to the victim due to the drastic difference in functionality. However, mild TBIs are much harder to diagnose, so much so that even doctors sometimes miss the signs and symptoms. Regardless of the severity of a TBI, it is important to seek medical attention if you sustain a head injury of any kind. This is especially true if the injury is sustained while at work or while out in a public area as a result of negligence. Depending on the situation, you may qualify for compensation for the injury and the required medical treatment.

Have you suffered a traumatic brain injury that left you out of work or with a permanent disability due to negligence in the workplace or some other public area? If so, you deserve to be compensated and you deserve a law firm that will represent you fairly from start to finish. Contact the Law Office of Cooper and Friedman for a free case consultation today by calling 502-459-7555. Remember, at Cooper and Friedman, there is no fee unless we recover for you! Contact us today.