What is Pregnancy Discrimination? | Cooper and Friedman Law Firm

What is Pregnancy Discrimination?

The United States Equal Employment Opportunity Commission defines pregnancy discrimination as the act of “treating a woman (an applicant or employee) unfavorably because of pregnancy, childbirth or a medical condition 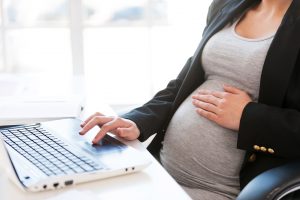 related to pregnancy or childbirth.” The Pregnancy Discrimination Act (PDA) was created in 1978 to protect women from being discriminated against in any aspect of employment based on pregnancy.
This includes hiring, firing, pay, job assignments, benefits and much more.

Because of the PDA, which is an amendment to Title VII in the Civil Rights Act of 1964, it’s illegal to treat pregnant women in the workforce differently from other employees. In certain situations, a pregnant woman or those that have recently given birth, may be temporarily unable to perform their job because of medical reasons. This situation should follow the same guidelines used for employees temporarily unable to perform their job due to a medical reason.

6 Facts About Pregnancy and Pregnancy Discrimination from the National Partnership for Women and Families:

Women of all ages comprise an increasingly large percentage of the workforce. And all U.S. workers are covered by important laws that protect against different kinds of discrimination in the workplace. This includes pregnancy discrimination. Employers cannot refuse to hire a pregnant woman as long as she can do the primary functions of the work involved in the job.  And under the law, pregnant women cannot be punished, fired or harassed for their pregnancy.

If you or someone you love has been unfairly treated in the workforce due to pregnancy, there is legal help available. It’s important to get help from a law firm that understands the details involved in pregnancy discrimination cases.

The attorneys at the Cooper and Friedman law firm in Louisville, Kentucky, have over 45 combined years of experience defending the rights of people facing workplace discrimination. They have an A+ BBB rating and are lifetime members of the Million Dollar Advocates Forum as part of the Top Trial Lawyers in America.

For a free legal consultation about your pregnancy discrimination case, call 502-459-7555 now.