10 Most Dangerous Jobs in America

Depending on your career, the workplace can be quite dangerous. Thousands of employees across the U.S. are at serious risk of injury every day while on the job. In fact, according to the U.S. Department of Labor, Occupational Safety & Health Administration (OSHA), in 2014 approximately 4,619 U.S. workers were killed on the job. This translates to an average of about 13 work-related deaths every day.

With alarming statistics like these, you might wonder what jobs pose the greatest dangers. Here’s an overview of 10 of the most dangerous jobs.

10 of the Most Dangerous Jobs in America

1. Police Officer: In today’s society, it is not difficult to infer that this occupation comes with many risks. The numbers are growing when it comes to police officer shootings, injuries and fatalities. According to the National Law Enforcement Officers Memorial Fund, every 60 hours, a police officer is killed while on the job.

2. Airplane Pilot: While airplane pilots are trusted with so many others’ lives, their own life is at stake every time they take off. This occupation requires employees to work despite hectic schedules and long flights. The National Transportation Safety Board has found that the number of fatal accidents for pilots has increased to 25 percent in just one year from 2013 to 2014.

3. Truck Driver: Car accidents are unfortunately extremely common and dangerous. Just in the past year, there were close to 140,000 large truck accidents on American roads. Out of these crashes, there were approximately 4,000 deaths and nearly 70,000 injuries. These alarming figures could suggest that these large truck drivers may be just as at risk as those working at construction sites. 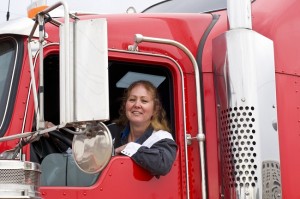 4. Construction Worker: This job is extremely physically demanding and time consuming. While these men and women are extremely important for city growth and expansion, their work unfortunately includes a high mortality of 25 percent. There are many hazards on a construction job like falls, electrocutions and being hit by objects.

5. EMT: These selfless responders work daily to help transport and treat those injured. There are several risks involved in this occupation, like working at hazardous locations or simply coming in contact with the sick and injured on a daily basis.

6. Animal-Care Worker: Large and domesticated animals are difficult to care for. Many animal lovers choose this profession because they get the chance to care for all of the creatures they love. While these animals have been domesticated, at times they are unpredictable. According to CareerCast, 11 percent of the on-the-job deaths occur while working with animals per year.

7. Soldier: This job is obviously dangerous. The bravest individuals risk their lives daily to protect people in our country. These individuals come in contact with large and dangerous equipment while on the job. While there are several physical threats, many soldiers face abundant psychological injuries as well.

8. Firefighter: Much like soldiers, firefighters put their lives at risk daily to help save people from burning houses and trapped cars. Just in 2015 alone, dozens of firefighters have already lost their lives in the call of duty.

9. Logger: The Occupational Safety and Health Administration has named logging as the “most dangerous occupation in the United States.” The tools and equipment required for this job put loggers at risk every time they climb those trees. The climb and heights involved in this occupation put these individuals at great risk for falling or getting crushed by limbs.

10. Corrections Officer: These officers work with some of the most dangerous people in America. And it is their job to restrain and transport these individuals to different areas. Not only do they face danger from those behind bars, this environment exposes them to a variety of injuries and illnesses.

U.S. workers have a fundamental right to working conditions that do not represent a serious risk, thanks in part to protections from the Occupational Safety and Health Act of 1970. Yet it is evident that the nature of certain professions does increase a person’s risk of possible injury. And along with the list above, there are many other jobs that put people at heightened risk of injury. Being informed about possible risks, taking all the safety precautions available, and reporting any serious hazards to authorities, is important protocol for all workers. If you are the unfortunate victim of a workplace injury, it is advisable to consult a law firm like Cooper & Friedman that has experience successfully representing people who have been injured on the job.