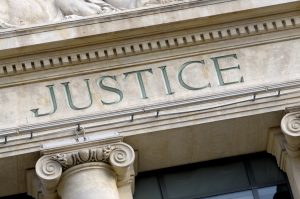 As a result of Matt Bevin winning the vote for Governor of Kentucky, Kentuckians knew that the Commonwealth was about to experience some change. After 8 years of governing under Democrat Steve Beshear, Bevin entered office with a new agenda. Mainly, it aimed at a variety of significant changes, including tort reform. As tort law attorneys, this is something of concern to us. And we believe that it should also be a concern to every Kentucky citizen.

What is Tort Reform?

In layman’s terms, tort reform references laws that aim to limit the amount of damages people can receive. It also controls the kinds of damages people can file suit for in personal injury cases. These changes can hurt everyday people in a variety of ways. Below are 5 examples of the ways that tort reform in Kentucky could negatively impact the rights of Kentucky citizens.

As detailed in the examples above, tort reform in Kentucky would work to strip citizens of their rights under the 7th amendment – the right to a trial by jury. It also limits the ability of personal injury attorneys to fully advocate on behalf of their clients.

As attorneys with over 45 combined years of experience serving accident victims in Kentucky and Indiana, the Cooper and Friedman law firm has successfully collected millions of dollars for seriously injured people. These include people injured in truck accidents, motorcycle crashes, dog bite attacks, workplace chemical spills, and medical mistakes.

These injuries happen to everyday people who suffer permanent damages from things like: exposure to harmful chemicals that cause cancer, workplace injuries that lead to lost limbs, blindness and other permanent disabilities, and motor vehicle accidents that cause brain injuries, making it impossible for a person to continue earning a living as a result. At worst, it involves accidental death cases where families suffer consequences created by the sudden loss of a loved one.

In these examples, there isn’t an amount of money or reward that takes away the terrible pain of the unthinkable. Yet, the right to receive fair legal protection does help to ease some of the burdens experienced by injury victims. Tort reform would make it difficult, or even impossible, for everyday people to seek the legal protection they deserve.