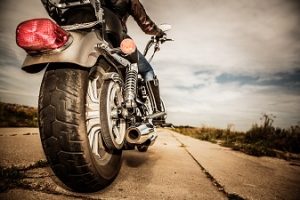 Warm weather is just around the corner and people will be out on the road riding their motorcycles in no time. It seems like the perfect time to go over the facts and figures that can help keep motorcycle enthusiasts safe while riding. Even if you prefer a vehicle with four wheels, it’s everybody’s responsibility to drive safe, watch for others, and save lives. Follow along for 10 important facts to know from a motorcycle accident attorney at Cooper and Friedman PLLC.

3. According to research conducted by the Canadian Medical Association Journal, motorcycle accidents cause 3 times the injuries, 6 times the medical costs, and 5 times the deaths compared with car accidents.

5. Weather is not a contributing factor in 98% of motorcycle accidents. The predominating cause is the failure of motorists to recognize and detect motorcycles while in traffic.

10. In 2015, the largest demographic killed in motorcycle accidents were people over the age of 50.

Motorcycle crashes are more common and deadlier than accidents only involving passenger automobiles.

Most of the time, the accidents are caused by drivers of multiple passenger vehicles not seeing the motorcyclist in traffic. If you or someone you know needs help recovering losses from serious injuries acquired from a motorcycle collision or accident that occurred in the State of Kentucky or in Southern, Indiana, contact a motorcycle accident attorney at Cooper and Friedman by calling (502) 459-7555.