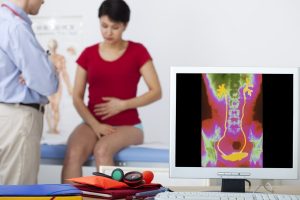 The bladder is one of the main organs in a human’s urinary organ system with the kidneys, ureters, and urethra. The bladder, itself, is a muscular sac that sits in the pelvic region of the body. Urine is created in the kidneys before traveling down the ureters into the bladder. The bladder is lined with layers of muscle tissue that stretch to accommodate urine. It can normally hold around 500 mL of urine at a time. During urination, the bladder muscles contract and in response, sphincters open and allow the urine to exit the body. When empty, the bladder is about the size and shape of a pear. Bladder surgery malpractice is not a common form of medical malpractice. This is due to the limited reasons that someone would need surgery performed on their bladder. While there aren’t many reasons bladder surgery is necessary, there are a few.

Routine Surgeries that can Result in Bladder Surgery Malpractice

Routine surgeries that can result in bladder surgery malpractice refer to surgeries that are not done on an emergency basis. These routine surgeries are planned, coordinated, and completed often without error. However, errors can occur during even the simplest surgery including routine ones. A few medical issues that have the possibility of resulting in bladder surgery malpractice include: Prolapsed Bladder & Incontinence, Bladder Cancer and Urinary Fistula.

A prolapsed bladder most often occurs in females who have given birth to a child through the birth canal. A prolapsed bladder occurs when the bladder wall is pressed against and moves the vaginal wall. This condition, as well as urethral prolapse, is easy for a doctor to notice during a routine physical exam. Stress incontinence is a common side effect of a prolapsed bladder as reported by the National Institute of Diabetes and Digestive and Kidney.

Surgery to repair a prolapsed bladder and relieve stress incontinence is often done through an incision in the vaginal wall. However, sometimes pre-existing health issues deem it necessary to access a prolapsed bladder through an abdominal incision. This increases the risk of injury to the bladder because a “blind” incision is made to the abdomen. When making a “blind” incision, surgeons cannot see any organs prior to starting surgery. If a surgeon were to injury the bladder during a blind incision for a prolapsed bladder repair surgery, there are grounds for said patient to file a bladder surgery malpractice claim with a lawyer.

According to the American Cancer Society, surgery on the bladder is a part of the treatment plan for almost all forms of bladder cancer. Depending on the extent of the cancer, different surgeries can be performed. For superficial cancer that has not penetrated muscular walls, the most common surgery is a transurethral resection of bladder tumor. In cases of invasive bladder cancer, the best option is a cystectomy in which the entire bladder is removed along with surrounding lymph nodes. In cases where a cystectomy is the best option, bladder reconstruction quickly follows. This increases a patient’s chances of suffering from negligence at the hands of their surgical team and being able to file a bladder medical malpractice lawsuit.

A urinary fistula is defined as an abnormal opening in an organ of the urinary tract or an abnormal connection between a urinary tract organ and another nearby organ. The most commonly corrected urinary fistula is a vesicovaginal fistula which is an opening between the vagina and the bladder. This is often the result of a poorly performed hysterectomy and sometimes it occurs after a difficult labor. Other urinary fistulas include enterovesical, vesicouterine, ureterovaginal, urethrovaginal, colovesical, and rectovaginal according to the Urology Associates of Denver. More common in females than males, fistulas are often the result of a negligent surgical procedure, trauma, disease, or radiation. Almost all fistulas require some sort of surgical repair depending on the type, severity, and location. As with any surgery, negligence becomes a risk. This opens up the possibility of the patient becoming a victim of medical malpractice.

When Does Negligence Turn Into Bladder Surgical Malpractice?

More often than not, bladder surgery is needed in reaction to an injury to the bladder caused by another surgery. Bladder injuries are common during hysterectomies and other gynecological surgeries due to the close proximity of the urinary organ system and the reproductive organ system. The bladder is also often damaged during a hysterectomy because surgeons start with a “blind” incision to open the abdomen.

What Can I Do if I’ve Suffered an Injury to My Bladder as a Result of Surgery?

If you or someone you love has recently had a surgical procedure that has resulted in more surgeries to fix negligent work performed by a surgeon, you may have grounds on which to file a medical malpractice case. If your surgical procedure resulted in injury to your bladder or other urinary system muscles, you may be eligible to file a bladder surgery malpractice lawsuit. In either case, you may be liable for compensation.

If you live in the state of Kentucky or in Southern, Indiana, and have suffered injury from any negligent surgical procedure, contact the Law Office of Cooper & Friedman for a free case consultation with an injury attorney. Contact our office by calling 502-459-7555 or visit our website today to request more information. For additional information on hysterectomy malpractice, click here.